The picturesque Böttcherstraße in the heart of the Hanseatic city of Bremen is known for its ornate brick architecture. The Böttcherstraße Museums (Museen Böttcherstraße) provide the architectural and cultural highlight of the Böttcherstraße ensemble. They include the Ludwig Roselius Museum, a 16th-century patrician house typical of old Bremen, and the Paula Modersohn-Becker Museum, which was designed by the sculptor, decorative artist and architect Bernhard Hoetger.

The Paula Modersohn-Becker Museum was the first museum in the world to be dedicated to the work of a female painter. The masterpieces on display illustrate the artist’s extraordinary importance as a pioneer of modern painting. The museum building was commissioned by the businessman and patron Ludwig Roselius, who owned a considerable collection of Paula Modersohn-Becker’s work. The building’s architect, Bernhard Hoetger, designed a unique building that is considered one of the most important examples of Expressionist architecture in Germany; it was opened in 1927 as a museum. In 1988 the collection was purchased by the city of Bremen and the Federal Republic of Germany. The collection has been supplemented with works from the estate of the artist, which is managed by the Paula Modersohn-Becker Stiftung, founded in 1978 by the artist’s daughter, Mathilde Modersohn. In 1994 the savings bank Sparkasse Bremen invested in the museum’s restoration and expansion. Today the museum provides an overview of every phase of the artist’s oeuvre. The museum also houses the most extensive collection of works by Bernhard Hoetgers, beginning with sculptures that were still influenced by Auguste Rodin and continuing on to his more independent late period. Jenny Holzer’s installation For Paula Modersohn-Becker has been on permanent display since May 2005.

Paula Modersohn-Becker was born in Dresden in 1876. She moved to Bremen with her family in 1888. After completing her studies at a teacher training college, she enrolled in an academy of drawing and painting in Berlin. In 1898 she moved to Worpswede, a village north of Bremen, to continue her education under the painter Fritz Mackensen, the founder of the Worpswede artists’ colony. Here she also met Heinrich Vogeler, Clara Westhoff, Rainer Maria Rilke and Otto Modersohn, whom she married in 1901. She travelled to Paris for the first time in 1900. Subsequent stays in Paris led her to develop a new, distinctive and monumental style of painting. Her work was particularly influenced by that of Paul Cézanne, Paul Gauguin and the Nabis. However, Paula Modersohn-Becker was also fascinated by the antiquities and the works of the Old Masters that she saw in the Louvre. She lived in Paris from February 1906 to March 1907. She then returned to Worpswede, where she died of an embolism in November 1907, following the birth of her daughter.
Paula Modersohn-Becker was indubitably one of the pioneers of European modern art. Her later works, in particular, exhibit an unmistakable simplicity of form. The surface texture of her works is also distinctive: she achieves this texture by means of the relief-like modelling and by scratching into the wet paint. She had already established her own unique style of depicting the Worpswede landscape at the beginning of her career. In his requiem, Rainer Maria Rilke paid tribute to the intense tonality displayed by her still lifes from 1904 onwards: ‘the ripe fruits – you laid them out before you in bowls and balanced out their heaviness with your colour.’ She usually selected local children, old women or farmers’ wives as sitters and models for her portraits and figure studies, and she developed a pictorial idiom that gives expression to the essential character of the given individual. In her landscapes, as well, she departed from the idealising compositions typical of this genre.

The Roselius House is the historic centre of the Böttcherstraße. It was built in Renaissance style in 1588. Ludwig Roselius, the inventor of decaffeinated coffee and founder of the mercantile company Kaffee HAG, bought the building in 1902 and subsequently initiated a reshaping of the Böttcherstraße.
In 1907/08 he had the Roselius House renovated in keeping with his ideal image of the house of a medieval citizen of Bremen; in 1927/28, he had it embellished with a crow-stepped gable. In 1928 he opened the Ludwig Roselius Museum, granting the public access to his valuable collection of Northern European fine and decorative art. Today the collection continues to be presented according to Roselius’ intentions, featuring exquisite furniture, carpets, wall coverings and decorative art. Collectively this ensemble evokes the atmosphere of life in a middle-class, North German household. Precious artworks complete the overall impression and invite visitors to embark upon a journey through the medieval, Renaissance and Baroque epochs. Highlights of the collection are provided by the sculptures, including works by Tilmann Riemenschneider, and the group of medieval altarpieces, which is unique in Bremen, as well as paintings by Ludger tom Ring and Lucas Cranach the Elder. The historical silver treasury of Riga’s Compagnie der Schwarzen Häupter (Brotherhood of Blackheads) has been on permanent loan to the museum since 1987.

Ludwig Roselius: Biography
Ludwig Roselius was the son of the Bremen businessman and coffee importer Dietrich Friedrich Rennig Roselius (1843–1902). When the elder Roselius unexpectedly died at the age of 59, doctors attributed his death primarily to his consumption of large amounts of caffeine. Ludwig Roselius responded by developing a process to remove the caffeine from coffee beans, which he patented in 1906. He founded the company Kaffee HAG (Kaffee-Handels-Aktien-Gesellschaft), which distributed the world’s first caffeine-free coffee. With a visionary perspective and innovative advertising campaigns, Ludwig Roselius was able to provide Kaffee HAG with an unmistakable brand identity.
Ludwig Roselius distinguished himself not only through his entrepreneurial spirit, but also through his dedication as a patron of the arts. He collected archaeological objects, antiquities, art treasures and contemporary art and was particularly interested in objects of ‘Nordic’ origin. In 1902 he bought the former office building in the Böttcherstraße, which was threatening to fall into a state of deterioration at that time. This represented the start of his devoted patronage of the Böttcherstraße, which he subsequently built into a magnificent ‘company display window’ and architectural ensemble.

Starting at Bremen Hauptbahnhof, take the tram lines
4, 6 or 8 to the stop Domsheide

Prices may vary during special exhibitions.

For information on Bremen’s museums, visit
www.museeninbremen.de (German only) 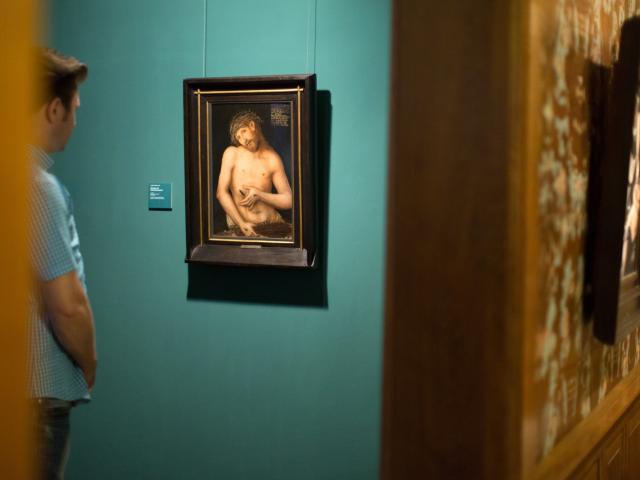 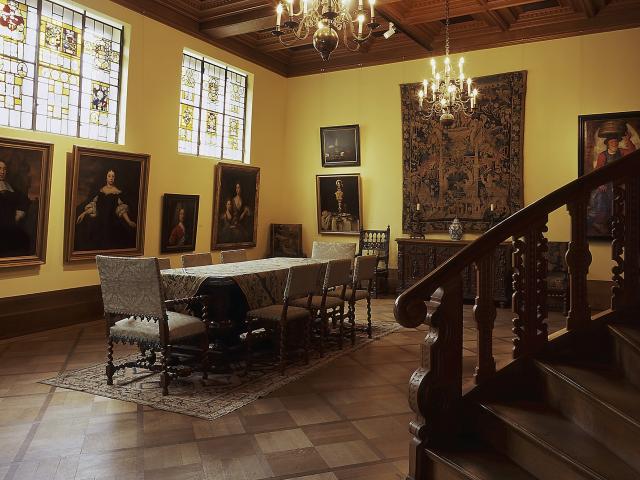 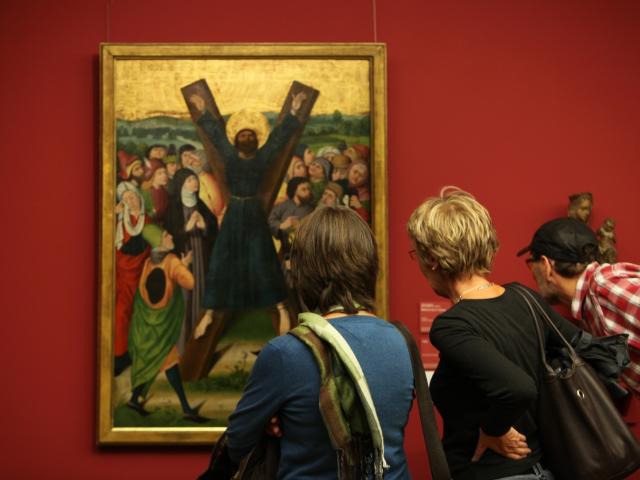 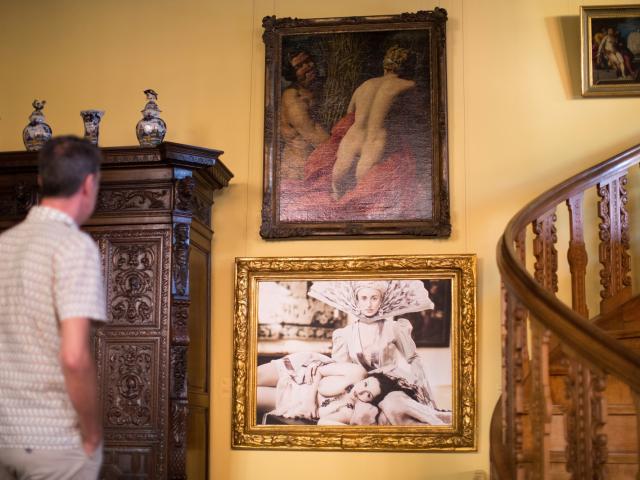 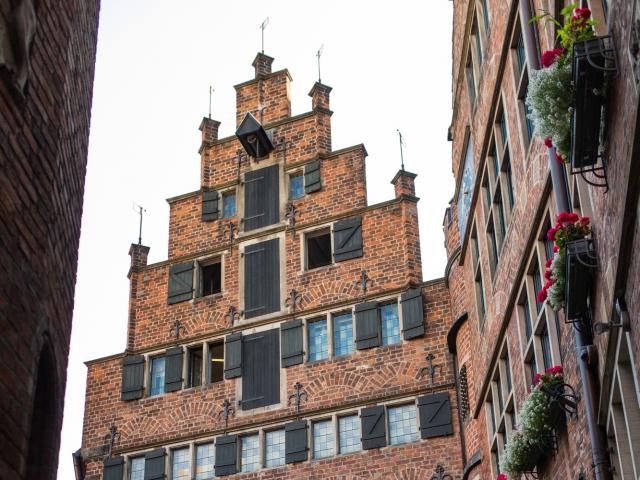 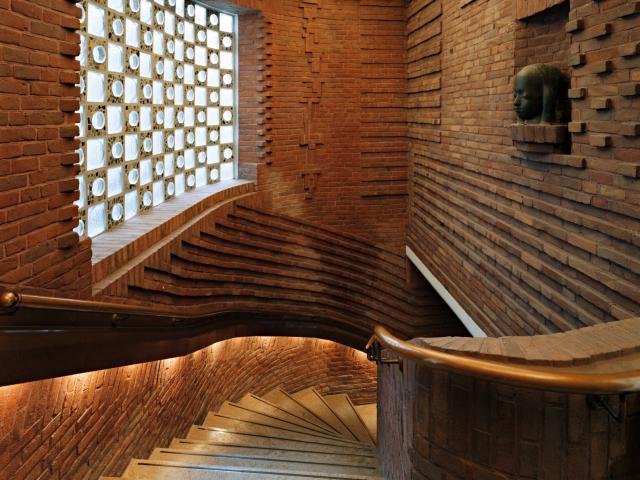